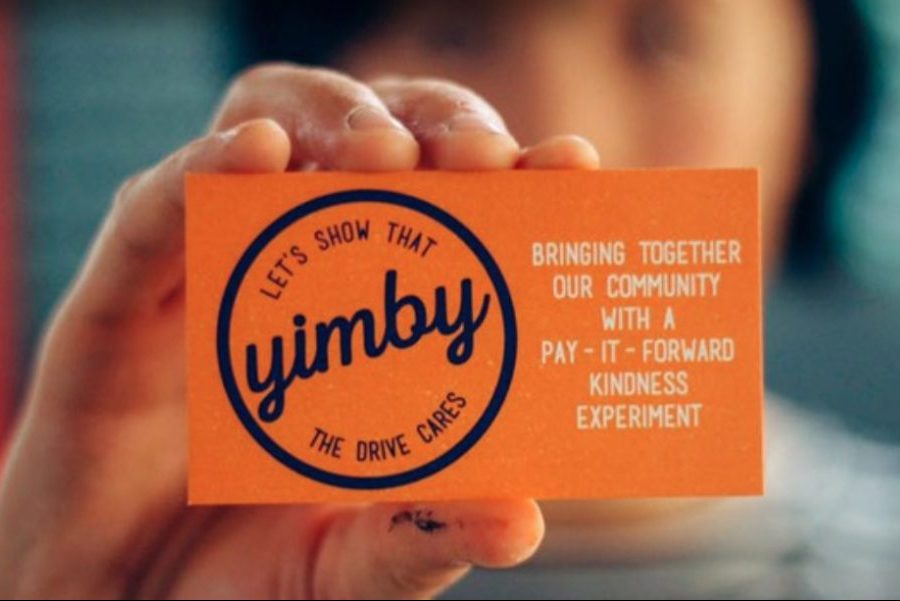 Welcoming and including homeless citizens in neighbourhoods outside of the Downtown Eastside.

Homeless citizens are welcomed and socially included in neighbourhoods outside of the Downtown Eastside.

Every winter, when cold weather shelters are opened for homeless citizens outside of the Downtown Eastside, they have historically been confronted by resident backlash, also known as ‘Not In My Backyard.’ YIMBY, ‘Yes In My Backyard,’ is a countermovement that enthusiastically welcomes homeless citizens into different neighbourhoods and addresses the City of Vancouver’s Healthy City Strategy target of increasing Vancouverites’ sense of belonging by 10%. At its core, YIMBY believes that genuine social inclusion is a key factor to ending street homelessness. We piloted a weeklong pay-­it-­forward experiment that brought together all community members along Commercial Drive in preparation for the opening of a cold weather shelter. At Renzo’s Cafe, Eternal Abundance, Cafe du Soleil and Babylon Cafe, residents were encouraged to purchase an extra item at these eateries in the form of an anonymous voucher that was posted on a YIMBY board and later redeemed by a homeless citizen at the cost of kindness. After one week, over 235 YIMBY vouchers were sold and three of our partners have permanently established the YIMBY pay-­it-­forward model as part of their business. The pilot demonstrated a successful form of charity that favoured agency and dignity over stigma and shame. The pay-­it-­forward voucher system has caught on in other cities, inspiring us to develop a toolkit that will empower future YIMBYists.