 0.0/5
A social media campaign to combat negative attitudes towards transit in Vancouver. 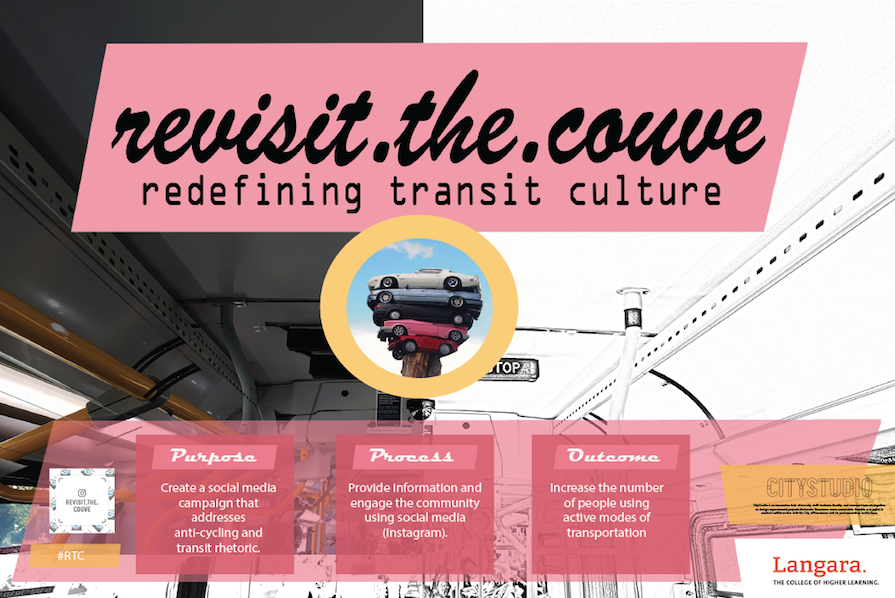 Revisit the Couve is a project featuring transit users’ artwork in the blank advertisement spaces found overhead on Translink buses and skytrains. The overall purpose is to foster an atmosphere of positivity in transit areas.

Several of the messages students aim to communicate include the environmentally-friendly benefit of active transportation, and reasons and motivations to shift away from private car ownership in favour of walking, bicycling, or taking public transportation. Ideally, with these new modes of transport, residents would experience the city in a new light, explore somewhere new, or even change up stagnant routines.

Another aim is to show people that Vancouver bus services are not confusing and to raise awareness about the environmental impacts these decisions can have. With this project, students hope to inspire and empower people to see that making a small choice can have a large impact in improving the health of the city and planet in the long term.

A Instagram account for the project (@revisit.the.couve) was created and is managed by all four members of the group. Flyers and local bulletins were distributed in hubs such as educational institutes and community centres to advertise the social media campaign idea.