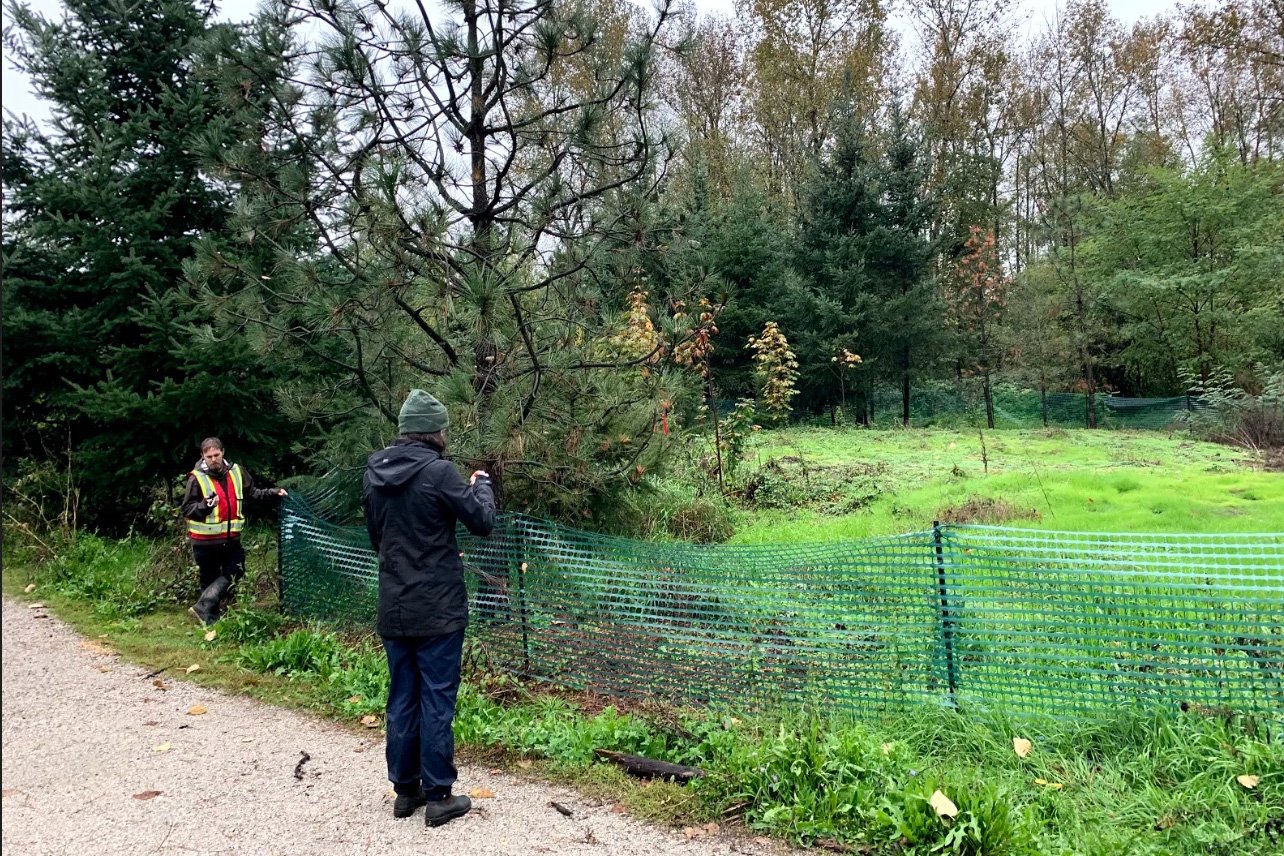 School of Construction and the Environment

Our project is a site assessment and restoration treatment for two sites within Everett Crowley Park (ECP). The ECP was once a cedar and hemlock dominated forest that was converted into a municipal landfill in 1944 until it was capped in 1967, significantly altering and impacting the 40 ha landscape. Aggressive invasive species such as Himalayan blackberry and reed canarygrass now dominate the public park. Some areas are also subject to vegetation dieback, likely caused by legacy landfill contamination.

The City of Vancouver (CoV) has conducted restoration activities throughout ECP to re-establish a coastal forest ecosystem. One restored area, hereafter referred to as Site 1, exhibited dieback after trees were planted. To address this, Site 1 was recently covered with a bioremediating topsoil layer by the City. We developed an experimental design for Site 1 to compare CoV’s usual restoration prescription versus an alternative prescription, one that will initiate the successional trajectory of a coastal forest consisting of a community of plant species suited to the future environmental conditions based on projected climatic changes for the region.

Observing similar dieback at a second area, we conducted an assessment of Site 2 by sampling for basic soil conditions and nutrients, finding conditions to be unsuitable for plant growth. The BCIT Environmental Engineering Program also conducted sampling of 73 contaminants (heavy metals, volatiles, polycyclic aromatic hydrocarbons, general hydrocarbons). We recommend that Site 2 be fenced off, that the contaminated soil on site is removed, and that a geomembrane be installed to prevent future diffusion of landfill contaminants. The area can then be filled with clean fill and topsoil. The successful planting strategy from Site 1 could then be adapted and applied to Site 2.