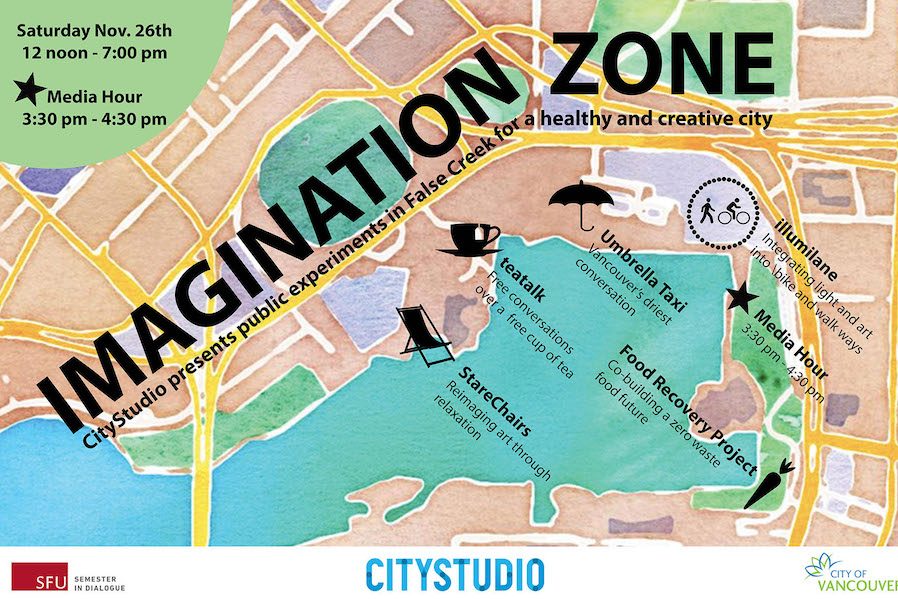 During the Fall 2016 term, participants in SFU’s Semester at CityStudio designed and launched 5 experiments in North East False Creek with a term-long project we called the Imagination Zone. These experiments ask what future behaviours would make our city more engaged, liveable and sustainable?

Vancouver, BC – On Saturday, November 26th 2017 students enrolled at SFU’s Semester at CityStudio are launching The Imagination Zone: public experiments in False Creek for a healthy and creative city. The daylong event showcases five experiments aimed to help the City achieve its livability, vibrant waterfront, healthy city and entertainment zone goals for the emerging North East False Creek development. Vancouverites are invited explore the following projects from 12:00-7:00pm on Saturday:

“I am really excited to bring more public art to the North East False Creek,” says Nick Gregson, Vancouver mural artist. “It is my hope that painting interactive murals in the Imagination Zone will really help shift people’s perspectives about interacting with and becoming a part of art in Vancouver.”