 0.0/5
Repairing gaps in Vancouver’s bicycle network to improve accessibility for cyclists in the city. 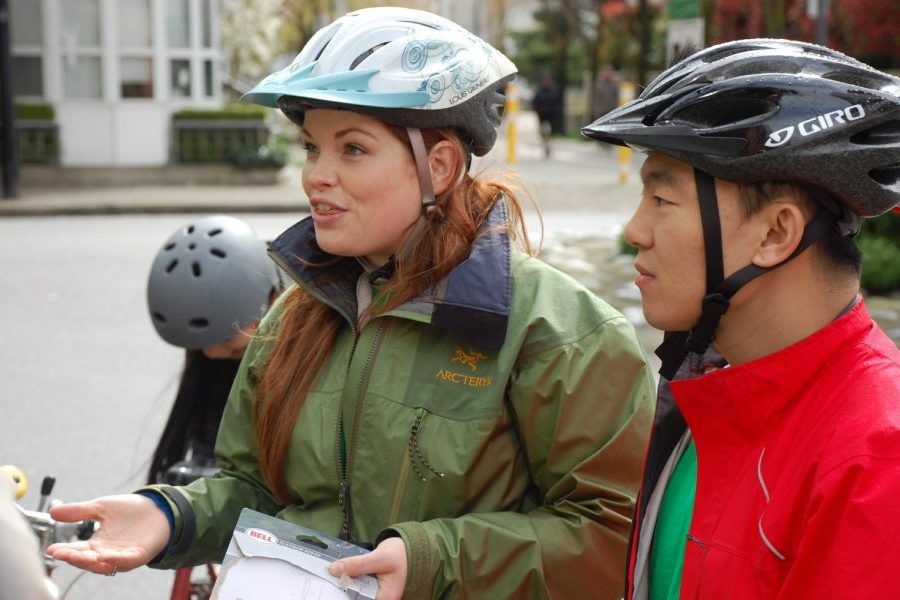 iGo fills gaps in Vancouver’s cycling network wayfinding system with signage and street paint, beginning with a demonstration project connecting the Seaside bike route and the Hornby bike lane. This will help make the majority of trips (over 50%) by foot, bicycle, and public transit.

Together, the four members of team “iGO” are working to increase the accessibility and appeal of cycling by addressing wayfinding and safety concerns surrounding the intersection of Hornby Street and the Seaside bike route in north False Creek. Through our research and community-city conversations, we believe that by updating 4 existing bicycle wayfinding signs and painting newly designed street stencils at the intersection, information is being delivered with more clarity and with improved visual delivery on the street surface. Ultimately, our goal is to make navigating through the city on bicycle more accessible and appealing by increasing the visibility of safe, separated bike routes to all cyclists regardless of their age, ability or familiarity. First, we have designed a temporary street paint visual for the surface of the intersection, so that cyclists are visually directed to the bike lane. Second, we have redesigned the signs at the project site to increase information clarity and delivery. Third, we have designed a family-friendly ‘bicycle train’ stencil to add a whimsical nature to identify bicycle routes that are kid friendly. As of April 11th, 2013, two family-friendly indicators and four temporary versions of the new signs have already been installed at the site.