 0.0/5
A platform where youth can express what city issues matter to them. 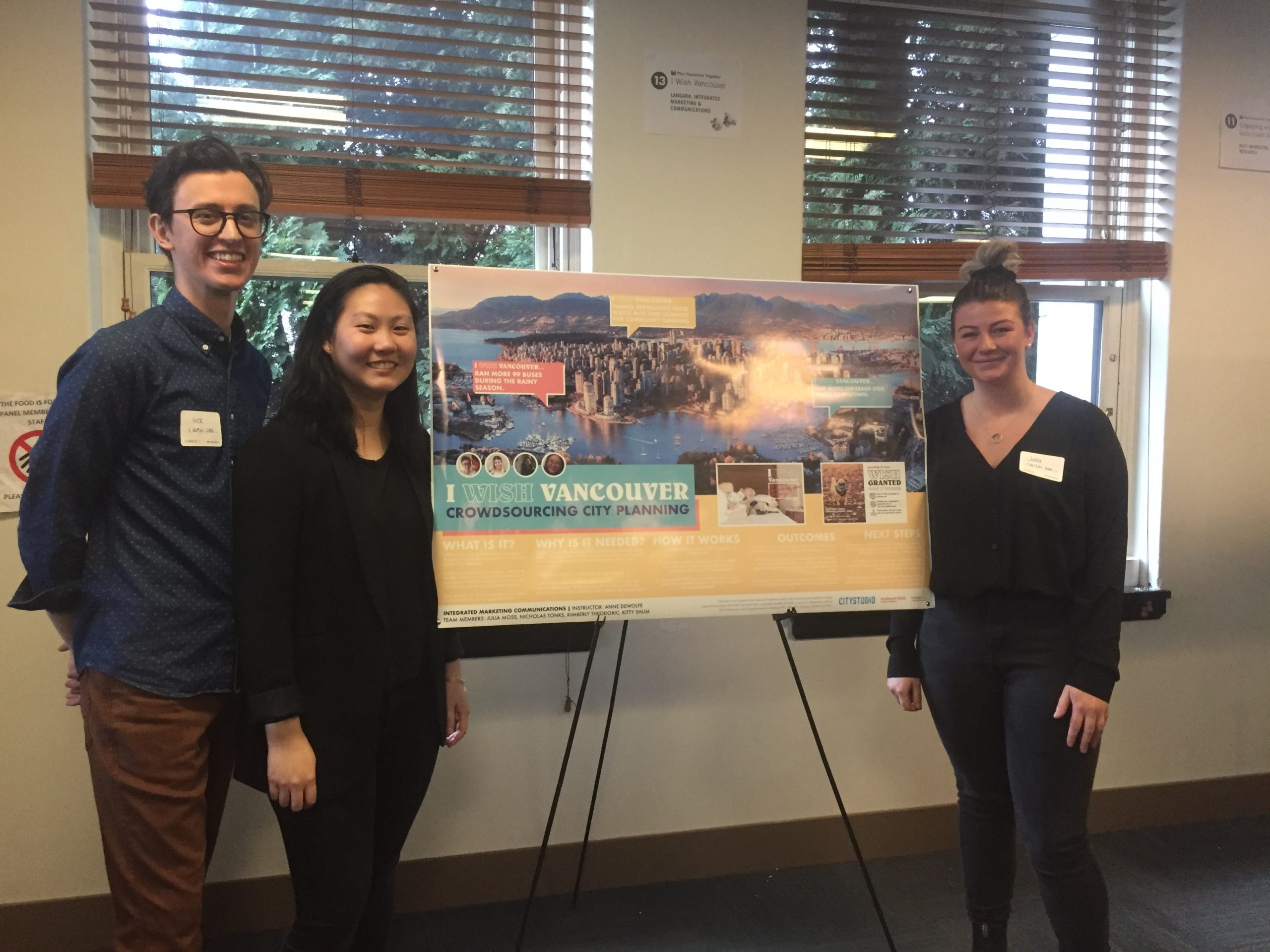 ‘I Wish Vancouver’ is a city-wide planning initiative to develop an inclusive vision of Vancouver. In an attempt to encourage the city’s youth to take an active role in the planning of their city, the Langara students created a campaign that provides their target audience a platform to be heard about the issues in Vancouver that really matter to them. The group proposed that through paid advertising, they would direct traffic to ‘wishvan.ca’. From there, users would have the opportunity to start a new ‘I Wish Vancouver’ campaign or vote on existing campaigns. After a campaign has been created through the website, individuals, families, neighborhoods, or entire schools would be encouraged to get creative and start driving interest to their campaign. Every user would be free to use innovative, creative, and grass-roots marketing solutions to garner votes. Each quarter, The City of Vancouver would choose the top five campaigns based on the number of votes.

The winning campaigns would then undergo a feasibility study, and barring any issues, the idea would be implemented. If the idea is not feasible, a report would be released publicly outlining why it is not getting implemented. Keeping users informed is a key element of the campaign. If a campaign is implemented, its creator is acknowledged with the tagline “Wish Granted”. For example, “I Wish Vancouver banned plastic straws in local restaurants – @Lisaw97 (social media handle)” After the ban is implemented, metal straws are handed out at events with a “[email protected] Wish Granted” engraved into them. The students acknowledge that sharing ideas can lead to real change.