How We Move: Feedback from Vancouverites 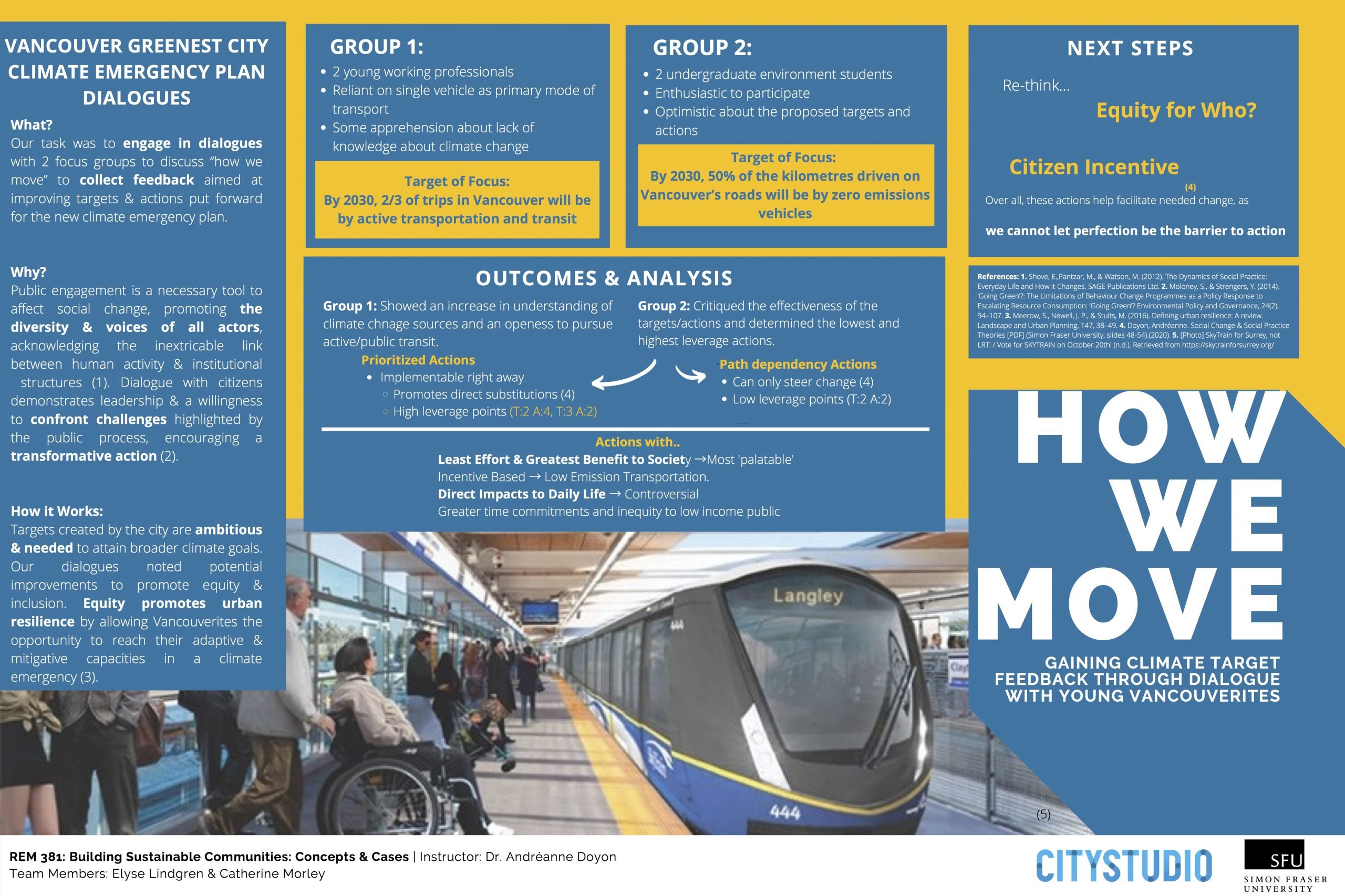 This project provided an analysis of the “How We Move” targets of the City of Vancouver’s new Climate Emergency Plan through two dialogue sessions with young Vancouverites. The two targets discussed included

By facilitating these dialogues we aimed to gather a diverse range of Vancouverites and their perspectives on the climate emergency to speak to the proposed plan. The City wanted to find a way to reach the diverse demographic of Vancouver and needed a way to communicate their plan to ensure its citizens were consulted.

In these sessions, the actions of the targets were critiqued to uncover potential limitations to some groups and opportunities for greater action. Participants were happy the City was pursuing such an aggressive plan to tackle climate change, but they did identify some areas for improvement. Areas for improvements included tweaking some actions to consider equity of all Vancouverites and the need for greater citizen incentives to accomplish the pursued actions.

The main highlights stemmed from the transition to electric vehicles as a solution for the affluent, however, it was noted that the transition away from parking spots provided inconveniences to those who needed a vehicle to purchase groceries. Greater incentives for citizens were also identified, as the transition to low carbon transportation may present greater time commitments on transit and a lack of motivation to account for this time change.