 0.0/5
An engaging and inclusive method of participatory planning. 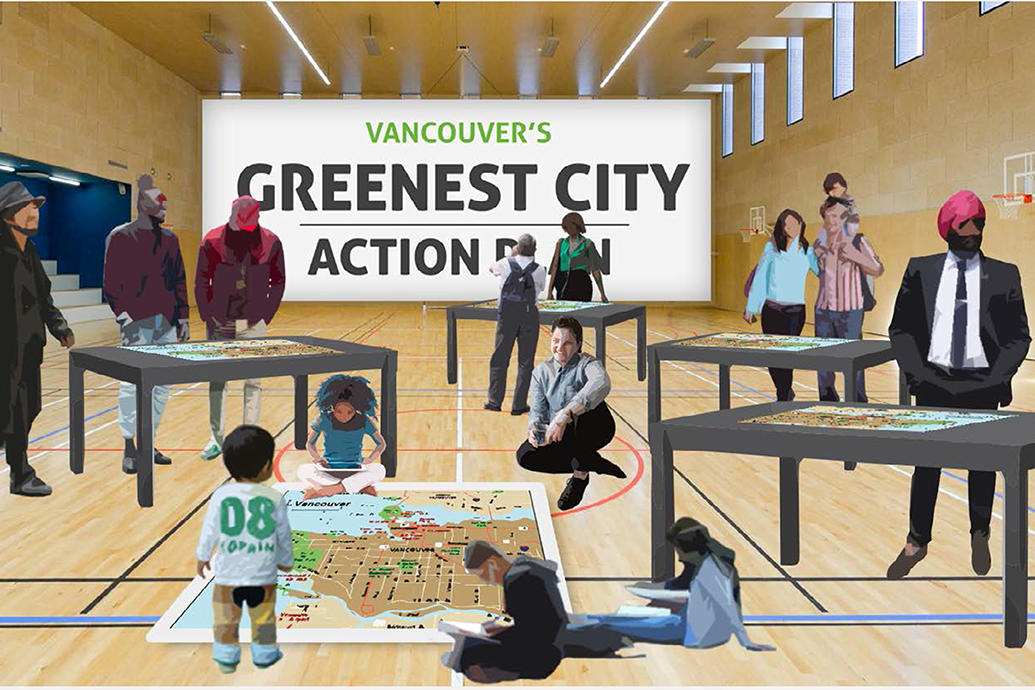 Family Townhall is a bottom-up approach to participatory planning that aims to be a cultural and intellectual probe, all while engaging families with civic issues, sustainability and more. It is a new rung on Sherry Arnstein’s Ladder of Citizen Participation (1969), where children are directly considered. My goal then, is to incorporate children and youth into the creative steps of making a city plan. In particular, the Greenest City Action Plan. To do this, recreation centres in central locations will be set-up with interactive tools-such as live mapping and charettes. This idea has yet to have taken place and/or be documented in the western world. Thus, my research was limited to strategies of youth civic engagement that are fundamentally similar. What I discovered was that children tend to have fantastic ideas and are best engaged within different levels and age groups. All guests, then, will be organized into rooms that correspond to their age. In these rooms, volunteers and city staff will engage citizens with civic issues, targets, and plans. Planners and citizens will then have the opportunity to partner on solving complicated real-world problems. Family Townhall looks to capture an invaluable moment wherein city officials and constituents are on the same level of awareness, cooperation and willingness. A moment where they can share a vision of a better city, together, as one team. 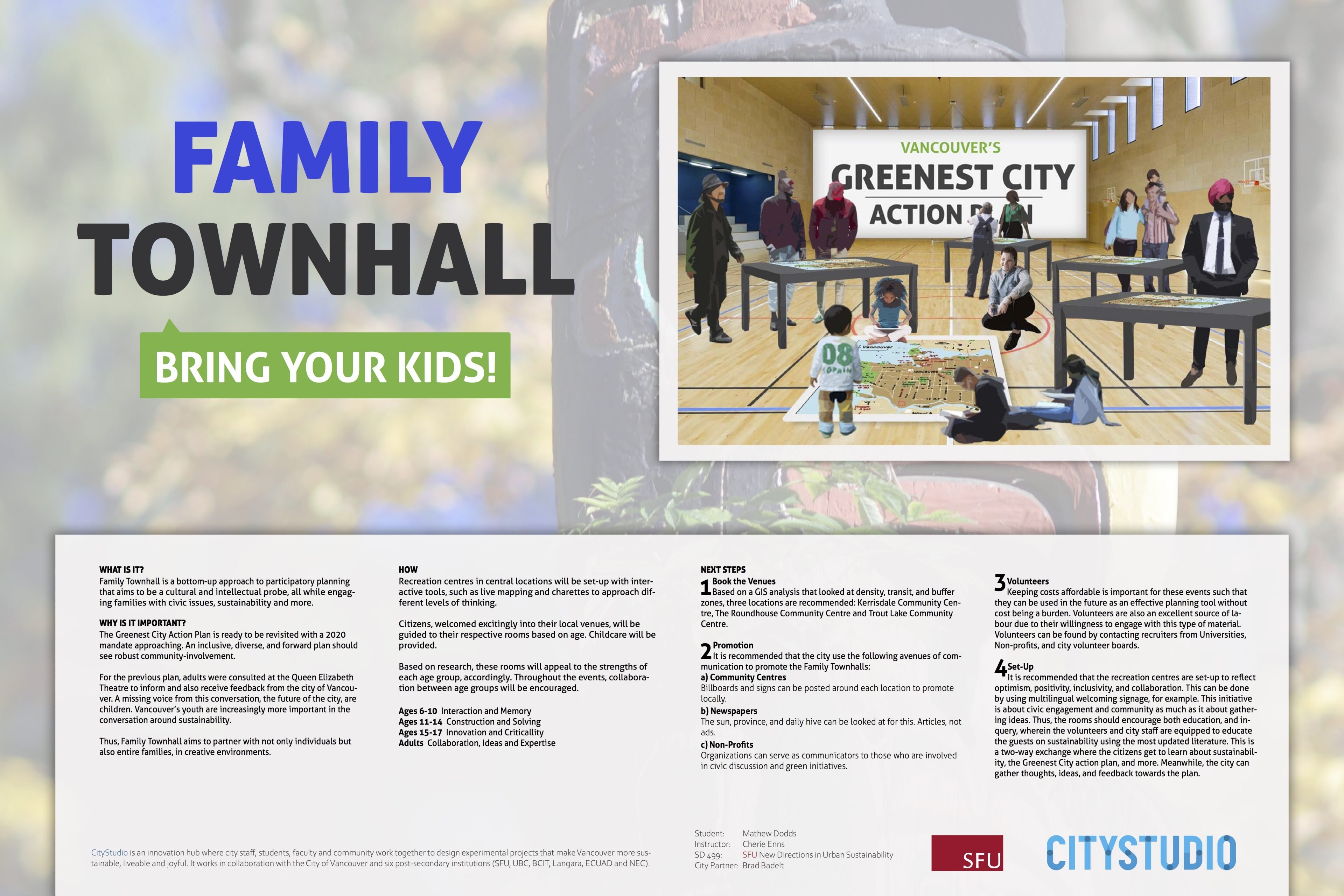