 0.0/5
To create community agency in placemaking by providing a toolkit for creating free cozy spaces. 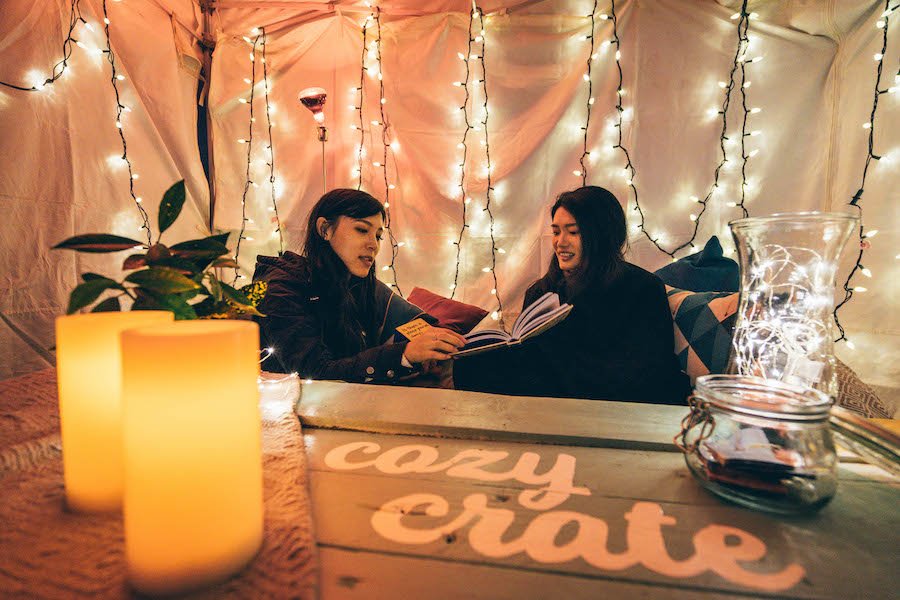 Cozy Crates was born out of the need for free third spaces that emphasize the importance of intentional leisure time and new human connections. In a city already known for its gloomy skies and aloof citizens, we envisioned a warm and welcoming space that invited people to connect with each other, removing the barriers of weather and the pay wall. Vancouver’s lack of rain-proof infrastructure for gathering during the fall and winter months veered our idea from creating a cozy space, into the realm of rain infrastructure.

Our idea formed around the basis that communities are most likely to enjoy and respect a public space if they play a part in creating that space. We decided to provide a placemaking toolkit specifically for the winter and fall season, that would streamline the placemaking process and include instructions on how to set up and use a cozy space. The intention behind designing a kit is to empower the community to create their own cozy spaces, by making it as easy and straightforward as possible. During our prototype we learned that a huge number of people would like to see more of cozy crates around the city.