 0.0/5
A commemorative and pedagogical landscape design that integrates Alberta Street’s proposed stormwater management infrastructure into a space that acknowledges Oakridge’s history and community and provides fun and educational experiences for people across age ranges, cultures and mobilities. 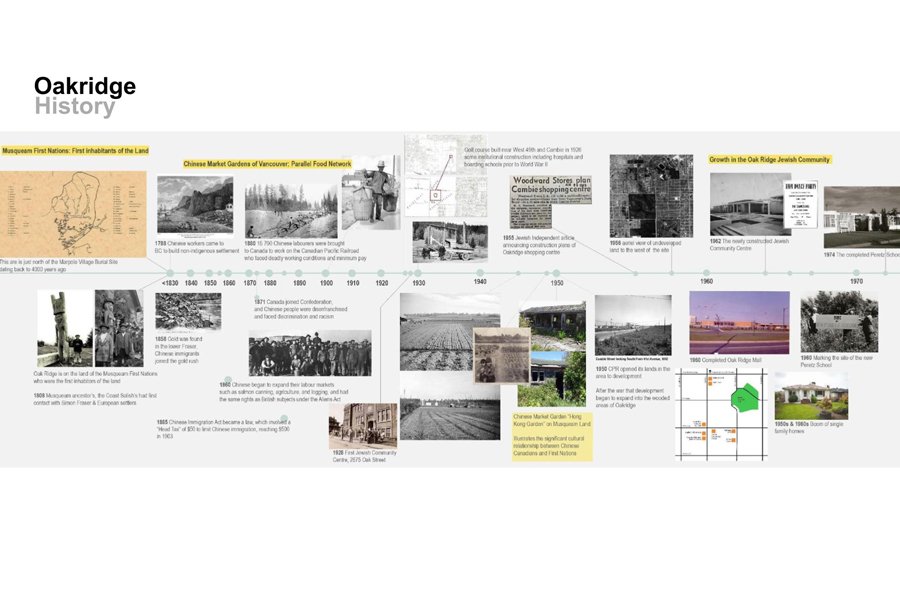 Oakridge was one of the last regions of Vancouver to be developed but despite its novelty, it is not without a rich historical context. Before the razing of the forests, and the grading of the golf courses, Oakridge offered itself as a gift to the Musqueam People. After legislative restrictions were placed on the Chinese population, refuge was sought and offered through agricultural land use opportunities on lots still held by its ancestral stewards. A story of two groups of marginalized people finding solace in spite of systemic oppression and the birth of a parallel food network – the Chinese Market Gardens.

Today, over two thirds of Oakridge’s residents identify as Chinese-Canadians. Despite the majority, Oakridge tends to not reflect this community and their historical experiences. This community is also in need of systemic solidarity more than recent years because of escalating violence.

The Cambie corridor development project and the City of Vancouver’s goals of improving its climate resilience by way of green infrastructure offers an avenue to attenuate more than Vancouver’s climate vulnerabilities and ecological impacts. It offers an opportunity to uplift, commemorate and educate. In a future where public green space will be in higher demand and shorter supply, the redesign of Columbia Park as the bookend to the Alberta Street greenway, has the potential to be a multi-use space that fulfills a much needed social function.

Our design aims to incorporate Oakridge’s latent history with its future. Using traditional Chinese agricultural techniques and Native ecologies as a source of inspiration, Columbia Market Gardens is a park that enhances local biodiversity, improves stormwater infiltration, offers a restorative and cultural space to a rapidly densifying neighbourhood and means to educate future residents about this land’s history. It offers a venue, gardening, a seasonal market with a focus on non-Western produce, and it captures rainwater to use for irrigation and play. 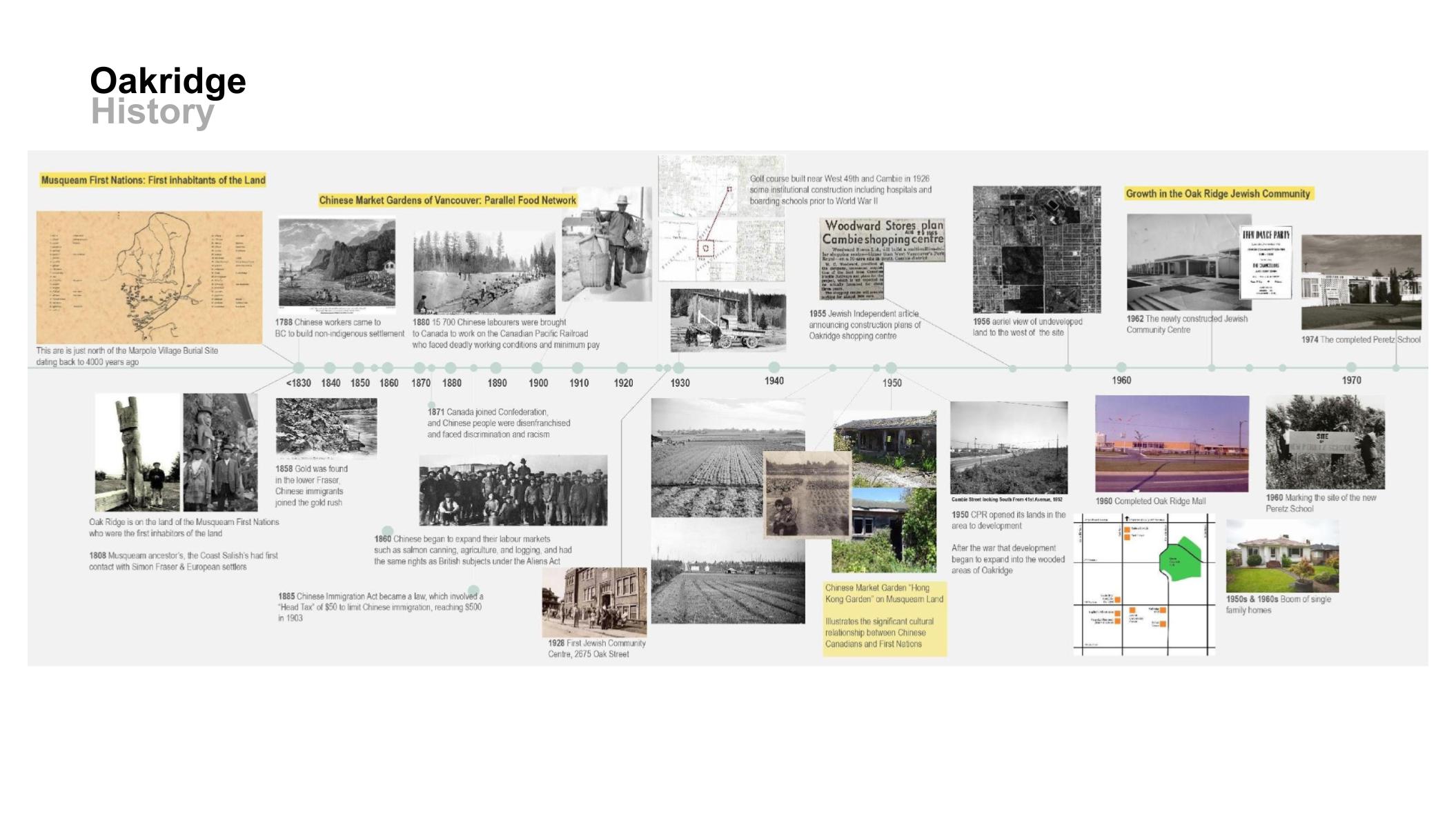 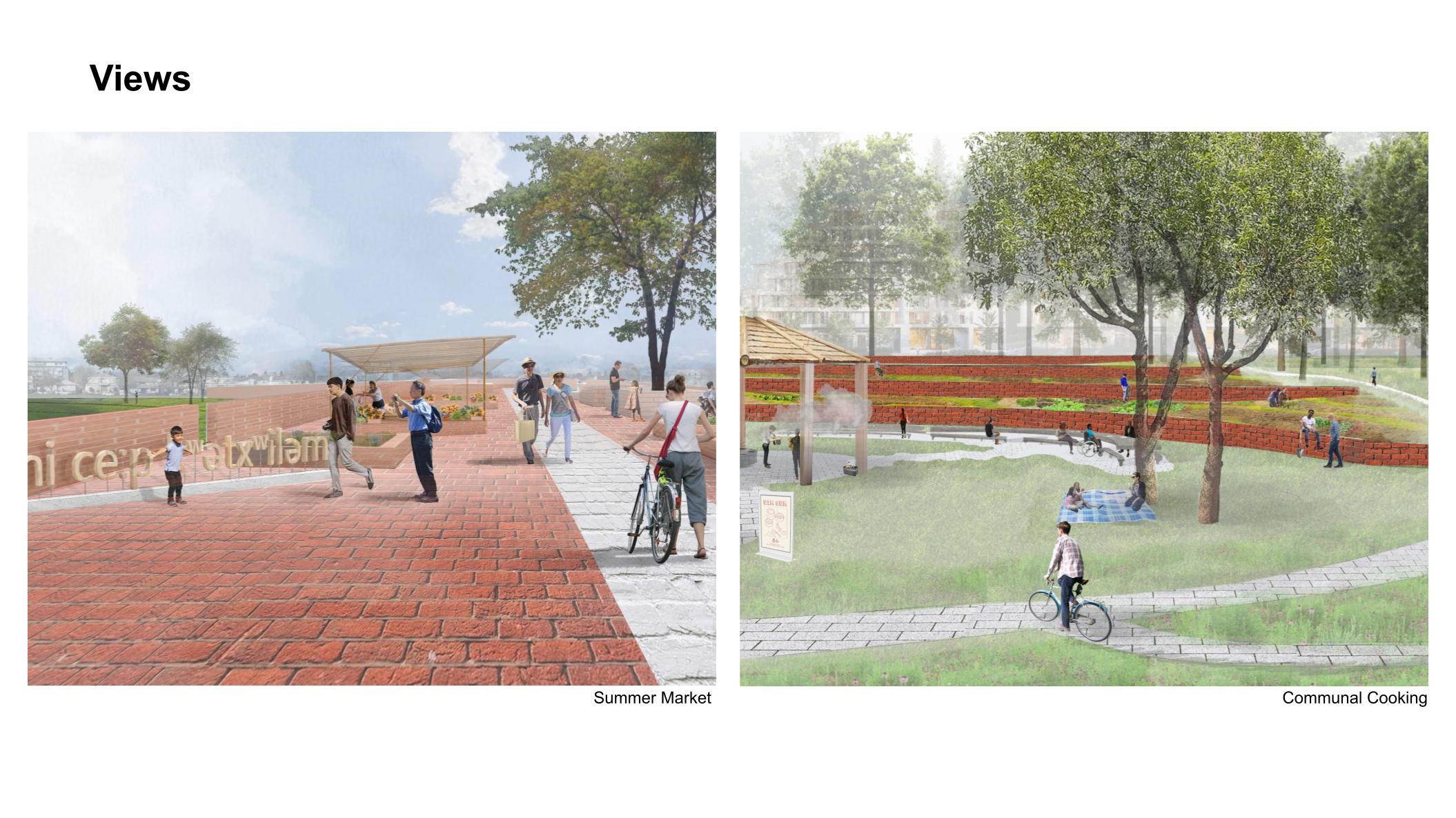 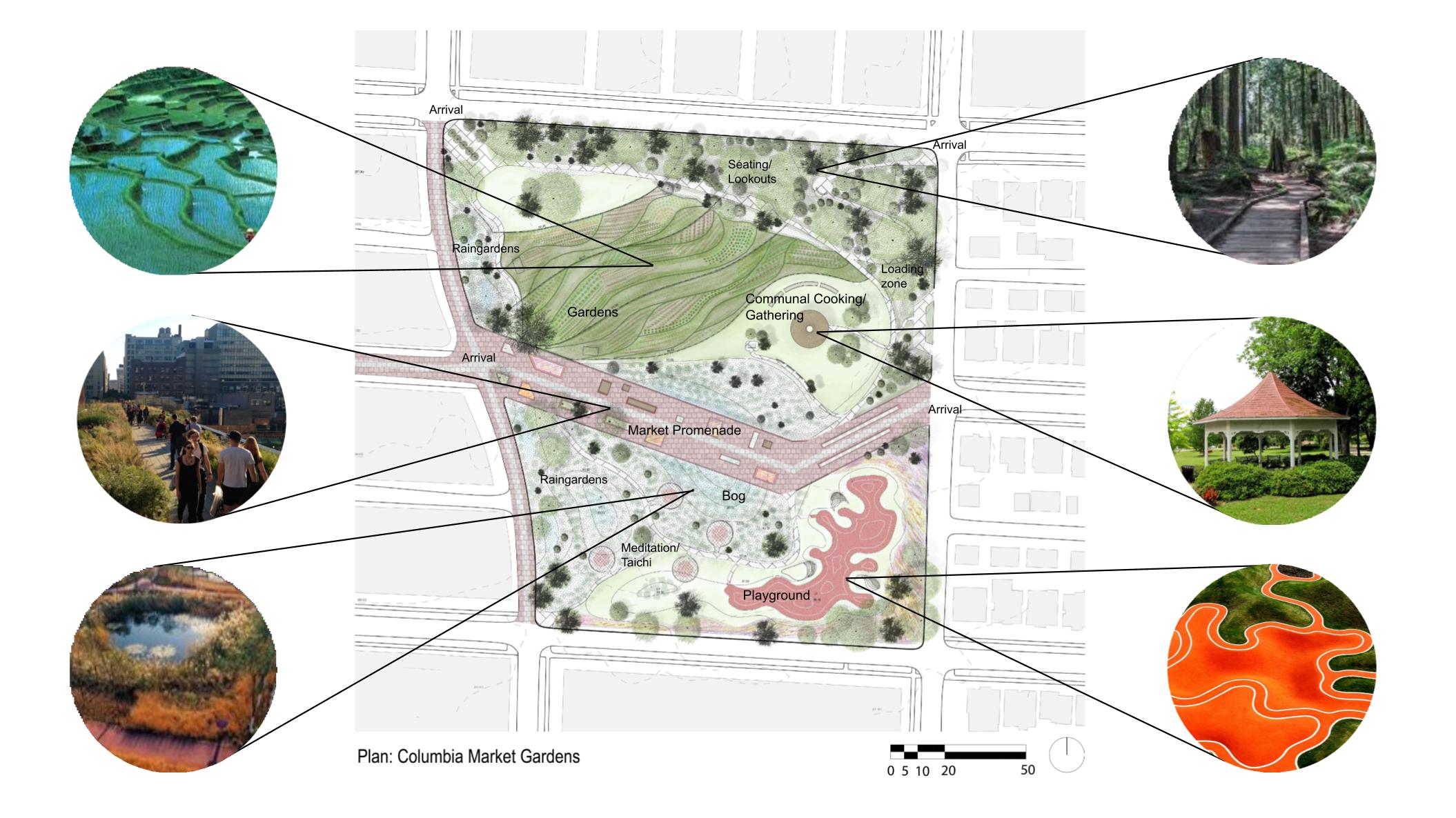