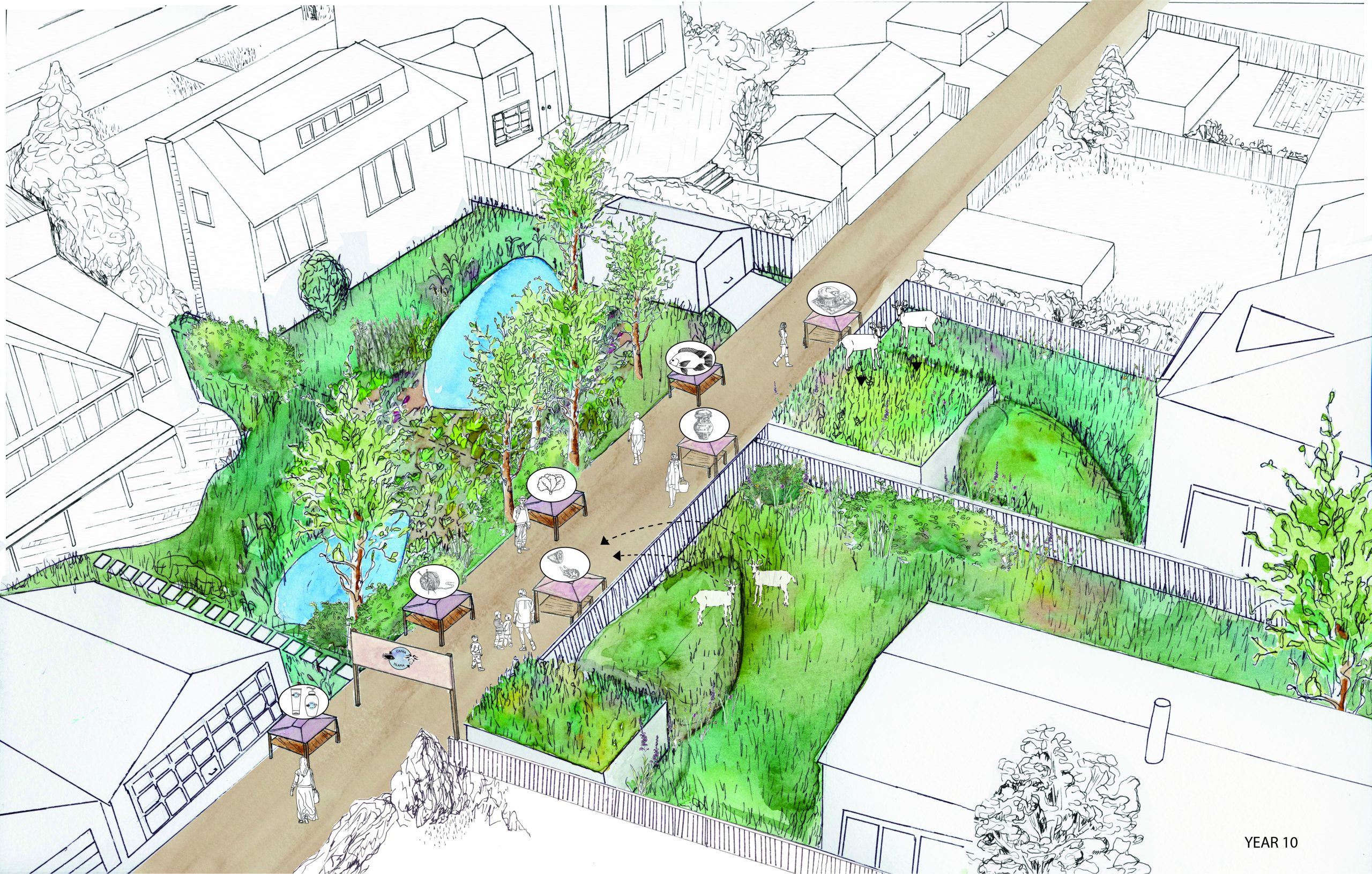 Capra Tilapia is an integrated goat and fish farming system that would be shared – in land, commitment, and the resulting product- amongst a minimum of four neighbouring properties. For this project prototype, four properties in West Point Grey were selected. The proposed farming system is a continuous cycle- fish, goats, plants, and compost which all interact and depend upon one another to function. These central features of the design require a third component- continuous collaboration between neighbours.

The residents of our selected site highly value the aesthetic qualities of their backyards. However, these yards are predominantly impermeable surfaces or unused lawn space. We propose to transition these areas into high-production, biodiverse, and attractive green and blue spaces.

Two ponds would be dug on two adjoining south properties: one large tilapia pond and one run-off pond, creating a biodiverse wetland area. The water from the fishpond would flow through a series of biofilters and provide nutrients to a vegetable garden. The cleaned water would collect in the run-off pond, ready to be returned to the fishpond.

The resulting fill from the creation of the ponds would be used to create two hills on two adjoining north properties. These properties would become a rotational pasture land consisting of native grasses and wildflowers for a pair of Nigerian Dwarf goats. The hills would create access to green-roofed garages and allow for the pastures to remain dry in winter.

A market could then be established to sell the produce generated by the farm. We estimate that the resulting amount of product could be up to 1,300 kg of tilapia, 5,000 kg of vegetables and 340 kg of milk per year. The work and the resulting produce of the farm would be shared amongst the participants; this would have an impact on the economic and social structure of the neighbourhood.