CityStudio Vancouver brings collaborative city-building into the classroom by partnering with courses on campuses around the city. This is a snapshot of one of the collaborations taking place this term.

Collaboration is generally the name of the game when it comes to CityStudio projects, but this project in particular is about to take the cake.

It’s the first time students from two different faculties, Business and Nursing at BCIT, will be together at the same table working on a single project through CityStudio. 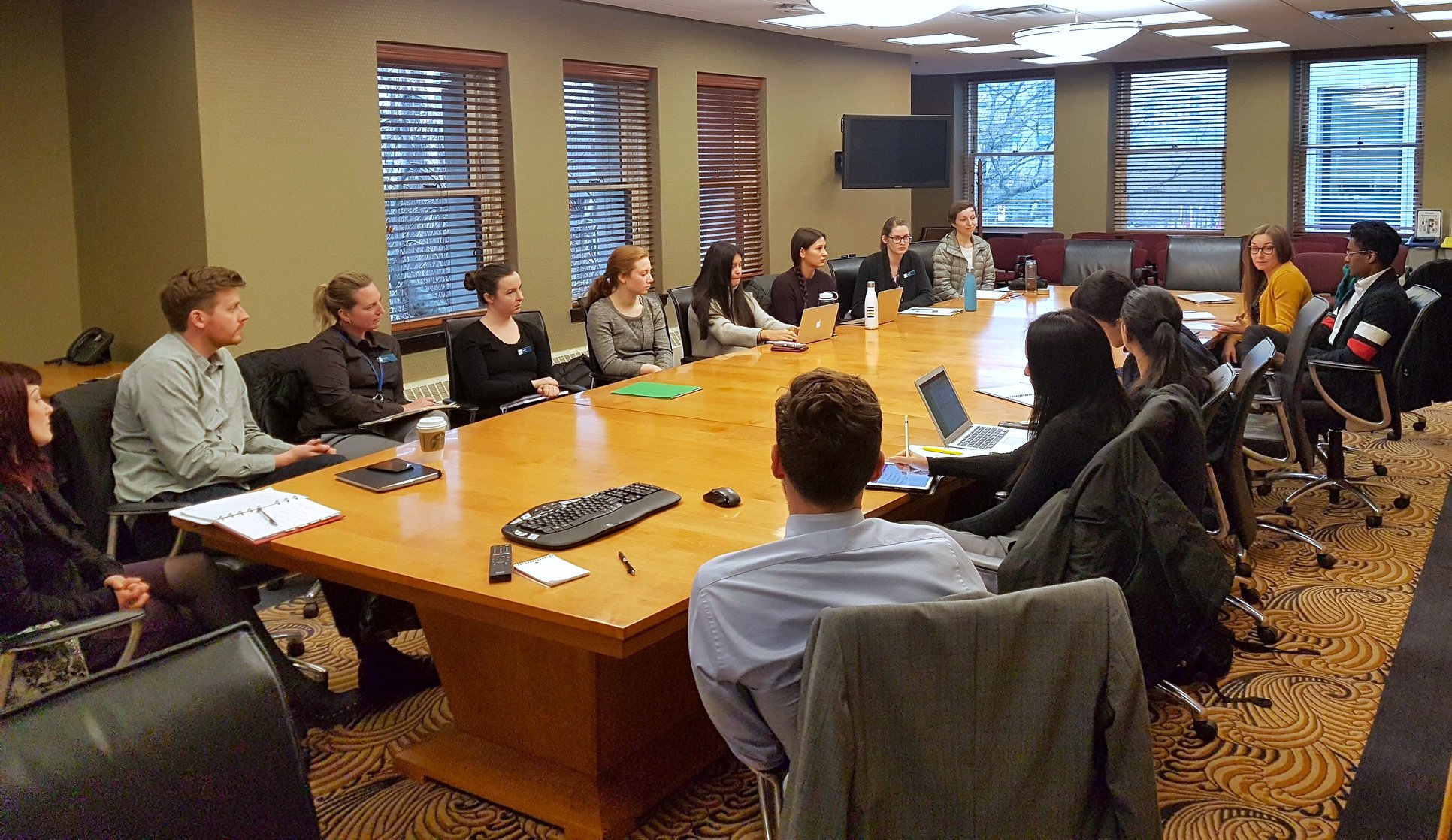 From January to April, students will be collaborating with the City of Vancouver and Vancouver Coastal Health to explore the challenge of used needles in public spaces and provide recommendations for a communication and education campaign to address the issue.

It’s a valuable way for the City to expand its problem solving capacity and engage new minds in the creation of a solution.

To kick things off, seven Nursing and Business students and their instructors met with Tobin Postma, the City’s Director of Strategic Initiatives, at City Hall. Chris VanVeen and Kim Murphy of Vancouver Coastal Health also joined.

The objective of the meeting was to learn more about the challenge.

Keeping with the CityStudio Way, the session began with a round of “Who’s in the room” – a fun way to set the tone while learning everyone’s name and reason for taking part in the project.

“We chose this project because it’s exciting and tangible. We’re the only group [in MKTG 4418] that gets to work with other BCIT students for their project,” explained one of the students.

“We’re thrilled to have both groups working on this,” shared Postma. “Having fresh sets of eyes and ears looking at this from different angles is super exciting for the City.”

With renewed enthusiasm following the intros, students had the next two hours to learn all they could about the challenge from the City key staff and community partners. It was an opportunity to ask questions, discuss possible hurdles and learn more about existing initiatives in the city (like the Spikes on Bikes program) and what was still left to explore.

At the close of the meeting, the anticipation was palpable.

As the term progresses, students will take what they learn about the challenge and put together a project proposal. Once confirmed with City staff and instructors, the interprofessional collaboration can begin!

“We’re thrilled to have both groups working on this,” shared Postma. “Having fresh sets of eyes and ears looking at this from different angles is super exciting for the City.”

As part of their pre-established clinical placement in the Downtown Eastside, NURS 5030 students will have an opportunity to interact with residents and stakeholder groups in the community through the lense of the challenge at hand.

They will act as first-hand consultants for the Business students who, after their own expert interviews, will begin to put together recommendations and concept materials for a communications and education campaign focused on addressing the challenge.

The project is a good fit for the Business students whose course outcome is to learn how to effectively consult with and understand the needs of a client – in this case, the City.

For the Nursing students, it’s a valuable opportunity to experience the power of partnerships between different community organizations (and school faculties) to serve their clients. 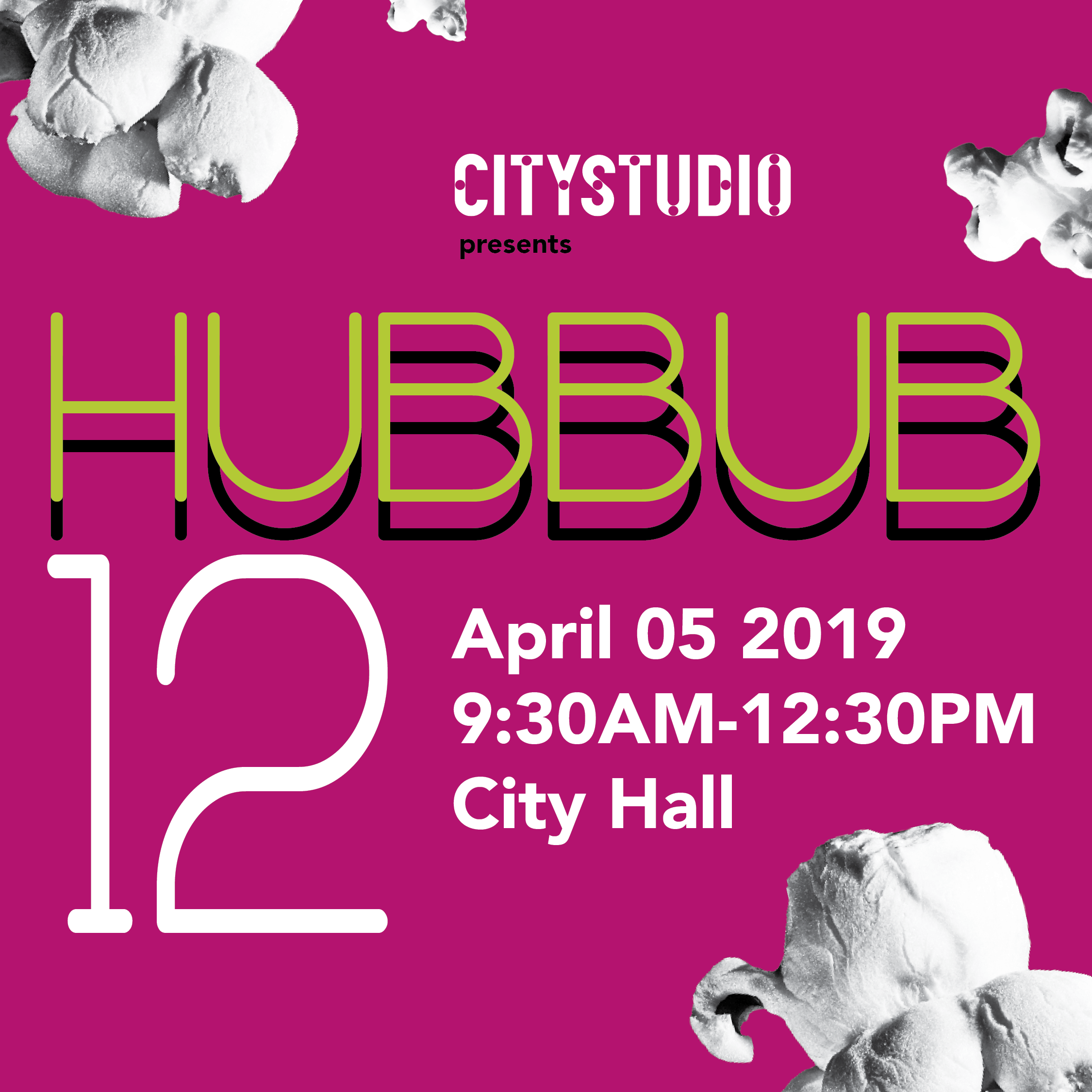 At the end of the project, students will provide a final report and campaign mockups to the City and Vancouver Coastal Health with recommendations and next steps.

They’ll also have an opportunity to share their work with the public and other staff and students at HUBBUB #12, CityStudio’s semi-annual project showcase at City Hall on April 5th.